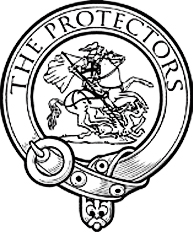 This is the name of the Meta-Human squad created by the British O.E.M. (Office for Extraordinary Matters). When Warlock Jesper St. Clare became personal counselor for the arcane of Prime Minister Winston Churcill, he promoted the creation of a group of Meta-Humans to defend Britain, and he personally selected its members. 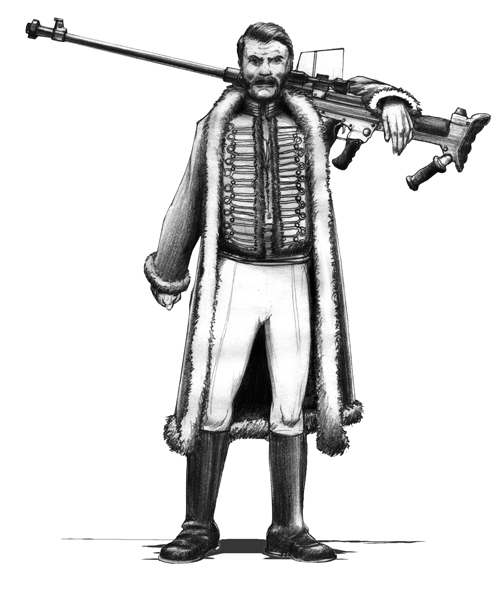 He's the most skilled hunter in the world, able to track and trap any kind of prey and he's been hunting for a very, very long time... In fact few know that he's a Natural Prodigy with the gift of Immortality. He became aware of his true nature when he was a British army doctor and in 1842 January 13th, his squad was massacred in Gandamak's battle. To his own surprise, he woke up from his near-dead state and managed to cross the desert lands with no food nor water: he could feel the physical pain but he could not die.
He looks like a man in his mid-thirties, but he's gathered many more experiences than any living man and mastered various hunting techniques, becoming a first-class marksman and an expert of strategy and tactics. He's a schemer, self-confident and cold. Since the war broke out, his preys are Meta-Humans, the only living beings worth the effort of the hunt and still able to pose a challenge to this prodigious hunter. 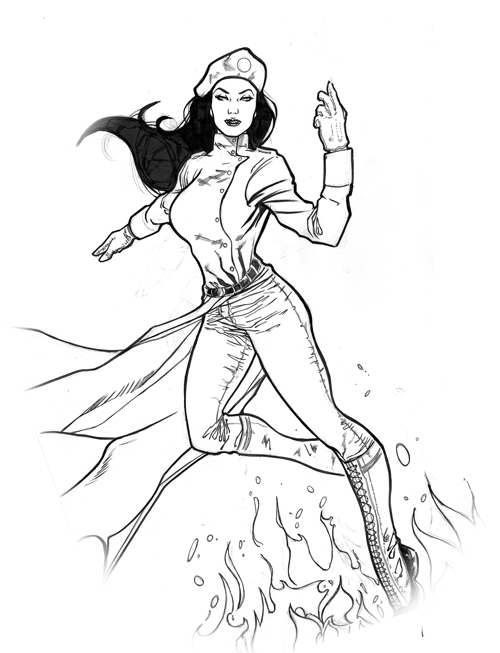 Rose Kathleen Dawson lost her mother and father during the Nazi bombing on London. Her initial
anguish and grief turned in hatred that unleashed her dormant powers, allowing them to blossom and burst out. Rose is a Natural Prodigy and she's able to create a scarlet force field that surrounds her and shields her body from physical attacks. Additionally it allows her to fly. Through training she learned how to use her power at best, and she can now turn into a sort of human projectile, dashing at incredible speed against the enemies, piercing even through tanks' hulls or wiping aircrafts off the sky.

Far beyond his sixties, Ryan O'Shea is a stubborn, wayward Irishman holding the title of King and Lord Protector of the Underworld: a community of derelicts and homeless that inhabits London's sewer system, living on theft and charity. He's the Keeper of a mysterious claymore sword able to turn the old man into the avatar of mythological hero Cúchulainn, the “Hound of Cullen”. When undergoing the transformation, he becomes a long haired, muscular young man, fierce and energetic. 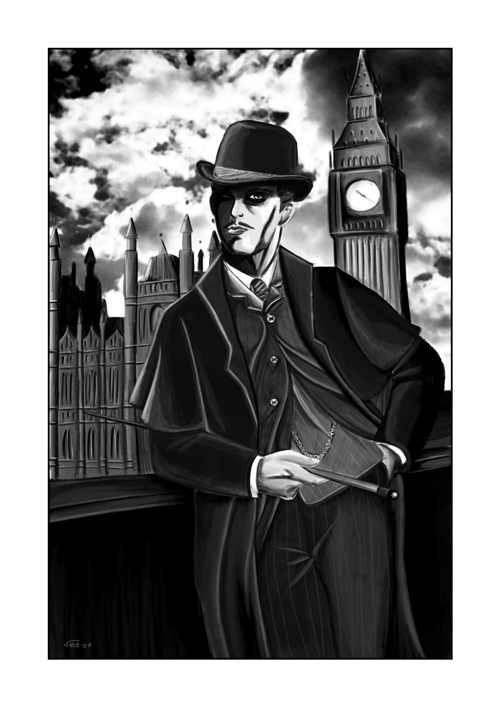 This man could possibly not exist at all. There is no documentation about him, his birth, his past, his whereabouts. He has no home and no identity card. Everything the O.E.M. knows about him is what he chose to tell, and nobody can either confirm or deny his words. He's a Warlock, belonging to the Order of the Observers, a congregation of mages nobody knows the existence of. Along with a handful of Warlocks that he leads, he's an exception among the Order of the Observers itself, since most of the mages prefer staying neutral and not getting involved in the war. St. Clare is Winston Churchill's and Department H's counselor about arcane and inexplicable facts and Meta-Humans. Political and military leaders find it difficult to trust him, but he's proven his loyalties over and over again, providing intelligence about the Axis powers. 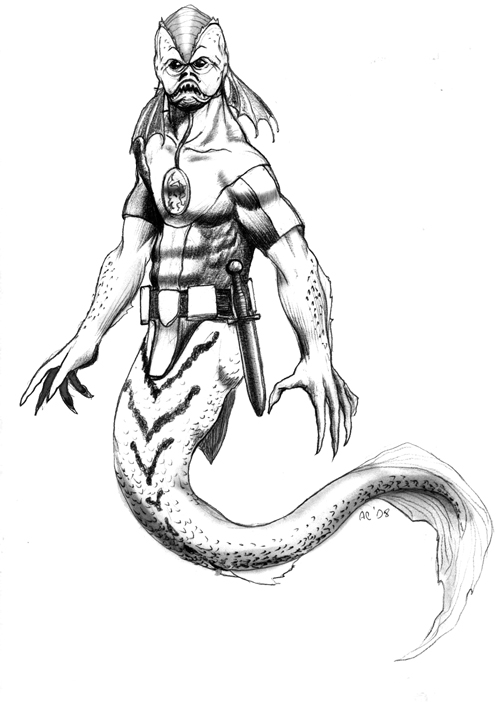 Selected among more than two hundred candidates, William Morris was the first British soldier to undergo the H.E.P. (Hope Experimental Process, the protocol derived by German's Wunderkammern and perfected by Aaron Spiegelmann, alias Dr. Hope) after Dr. Hope escape from Germany, and the process was a complete success, though it changed him forever, donating him the traits and characteristics of a fish. His gills allow him to breathe under water, his skin has become a sort of natural armor, able to resist heavy weapons' fire and deep sea pressures. He's also able to communicate with aquatic species and has superhuman strength. Though unable to operate on dry land, his skills make him an invaluable resource to fight German's naval blockade.