War of Wonders Kickstarter enters its final hours. This is your last chance to back the ONE AND ONLY 3D skirmish game set in a weird WW II with superheroes!

During the Kickstarter campaign, the first stretch goal had been hit twice and twice the funds dwindled under the 5.000 €. And still we chose to produce Yashamaru (along with his water ghosts) and add it to the list of available Meta-Humans that you can get through the Kickstarter. Furthermore, anyone at Captain, Colonel and Hybrid pledge level, and any backer choosing the Ardennes pack pledge level, will receive the miniature of the Shinobi for free! This is our way of showing our respect to our backers and thank them for their support and precious feedbacks.

It's also our way to state plain and clearly that we've always believed in the power of our dreams and we're strongly determined to develop War of Wonders, well beyond the Kickstarter.

Keep supporting the Kickstarter and enjoy the War of Wonders: roughly 4 hours left. 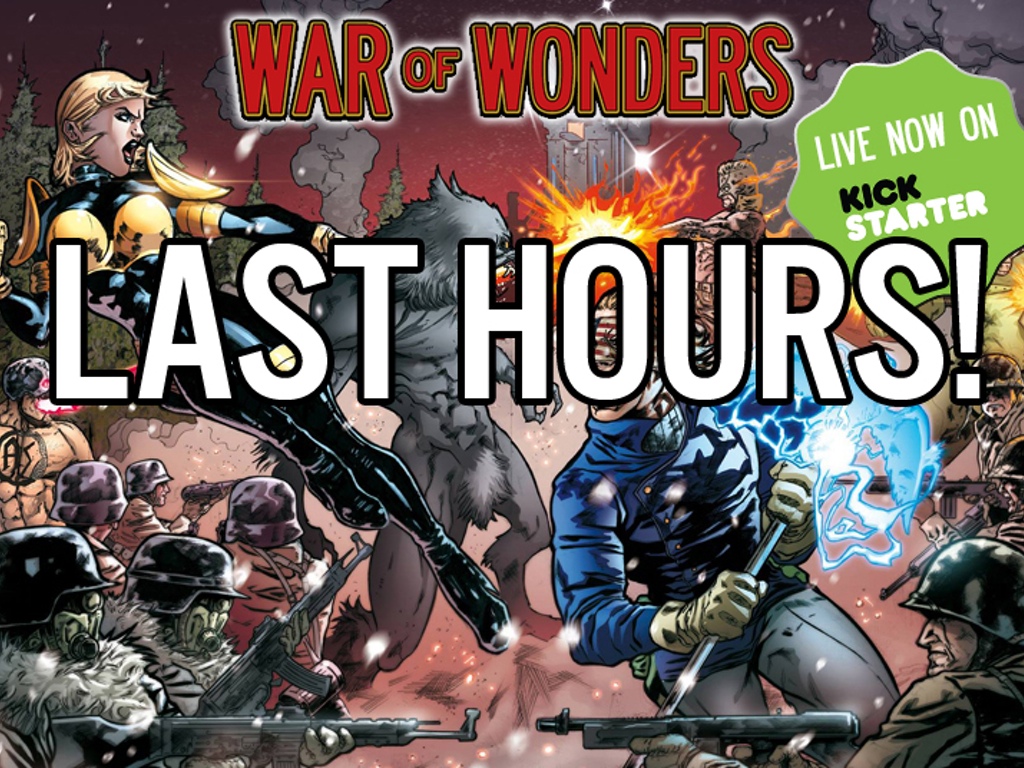