Have you already received your Yashamaru? Well, it's time he joins the fight alongside your Axis troops.

Yashamaru is the first Martial Warrior released for War of Wonders. Martial Warriors are a prerogative of Asian countries such as China and Japan. They combine a solid martial training with esoteric and magical knowledges.

Yashamaru's stat card will soon be available and ready for print, but in the meantime, here are the full stats of this formidable warrior. 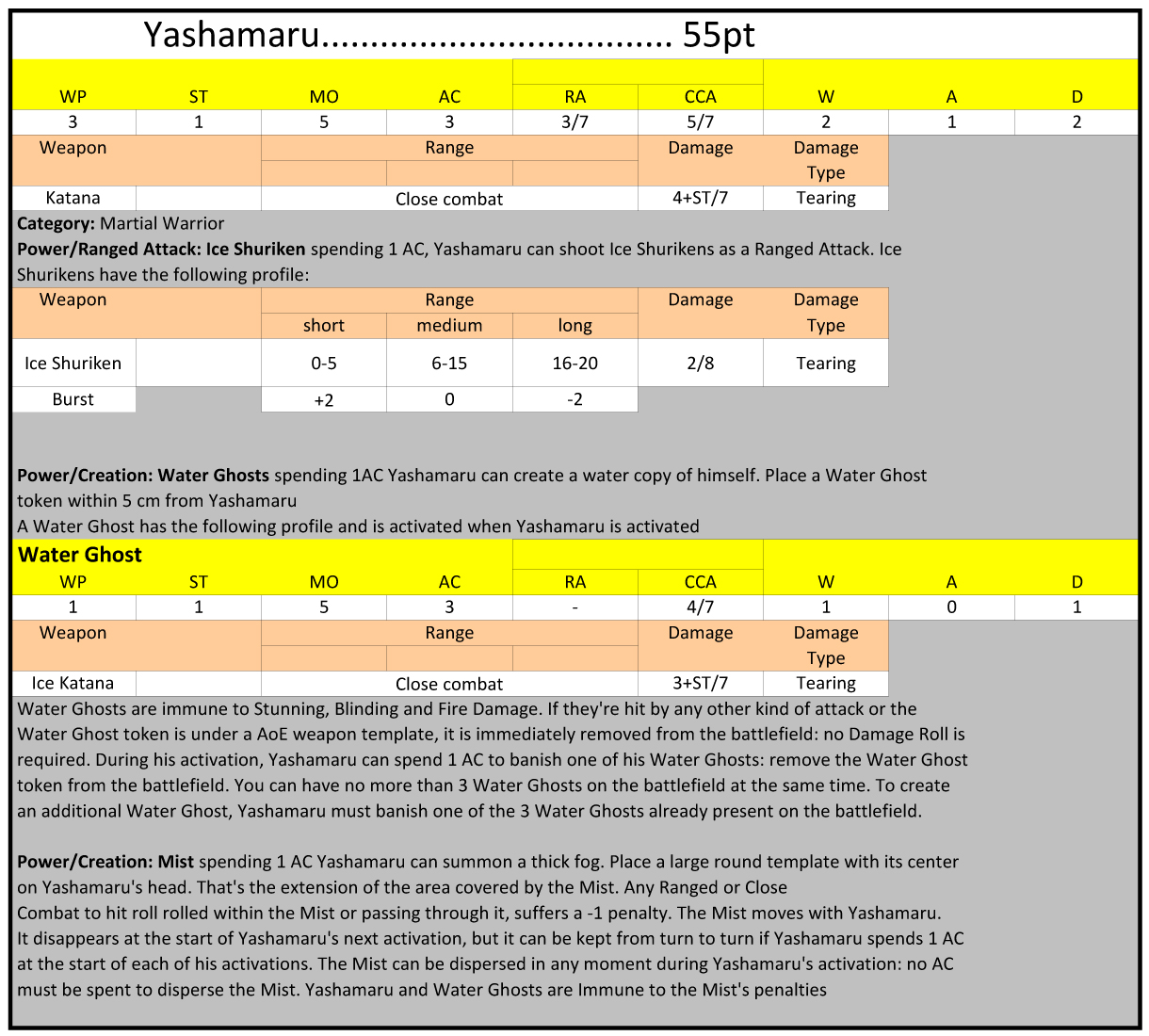 His CCA of 5/7 makes him deadly in close combat, surely able to give a hard time to The Flag, even with his Super-Soldier serum.

You'll soon fall in love with Yashamaru's Water Ghosts: though fairly vulnerable, they add three more close combat specialized soldiers to your army. Move them carefully and they'll be able to support your German troops in an assault.

And Yashamaru's power to summon Mist would be extremely useful to shroud your advance! Hide your troops into the Mist if you're going to cross an open terrain with no or little cover, especially when such an advance would give you a stronger position on the battlefield, either closer to your objective or next to a cover from where your sniper or Mg34 can give a good punch to your enemy!